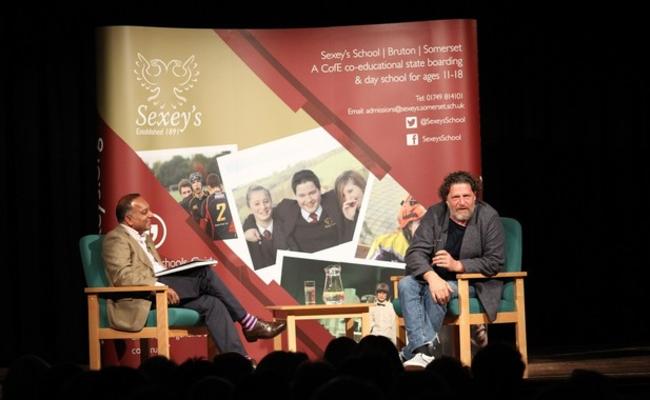 Marco is quick to acknowledge that his career has benefited from the support of more experienced chefs in the past.

'It doesn't matter what you aspire to. Make the right decisions. Put your career in the hands of the right person,' advises Marco.

During Sexey's School's 125th anniversary celebrations, the 'godfather' of British cooking, Marco Pierre White, spoke about his life, passions and career success in a lively and philosophical speech. Marco claimed that "the greatest fuel a young person can possess is insecurity. It's what drives you to achieve your goals" during his speech to students, parents and friends. He spoke candidly about his humble beginnings, and what forced him to seek out his first kitchen job in the Hotel St. George, in Harrogate: his fear of being jobless.