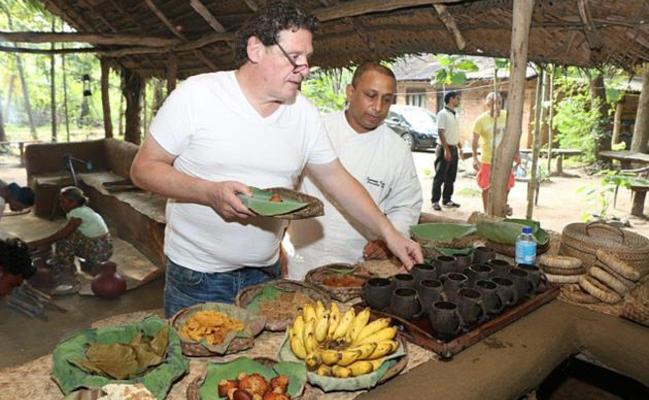 On his tour of Sri Lanka, British cooking’s enfant terrible Marco Pierre White talks about the importance of making mistakes and staying true to himself

There’s only so much you can tell about Marco Pierre White in 40 minutes. One of those things is that he is incredibly charming. But if you go by what the food writers and tabloid journalists say (the distinction is blurry at times), the sentiment is unadulterated vituperation. Marco Pierre White is a Michelin wunderkind of the 1990s who achieved three Michelin stars at the age of 33 – the second-youngest ever – only to famously give them back, five years later. Now he is regular tabloid fodder for being a brand ambassador for Knorr stock cubes and opening restaurants where he does not cook. He is regularly sensationalised for having once made Gordon Ramsay cry. “Most of my reputation is a product of exaggeration and ignorance,” he tells me with finality, by the poolside of the Cinnamon Grand hotel in Colombo.